The foundation Zoo Stiftung Berlin supported the Frankfurt Zoological Society (FZS) in its conservation work at Bukit Tigapuluh National Park and with the reintroduction of orangutans from 2015 to 2019.

There are three species of orangutan – Bornean, Tapanuli and Sumatran – they are all critically endangered. Zoo Berlin’s first Sumatran orangutans arrived in 1928 and they have been a constant presence at the zoo since 1956. Their similarity to humans and their preference for hanging out in the rainforest canopy gave these apes the name “orangutan”, which literally means “person of the forest”. The breeding behaviour of orangutans is closer to that of humans than any other mammal. Females do not give birth to their first baby until around 15 years of age, and young orangutans sometimes stay with their mothers until the age of seven. Sumatran orangutans also have the longest interbirth interval (time between births) of all mammals, averaging at nine years.

In a critical condition

Unlike the planet’s rapidly growing human population, orangutan numbers are in sharp decline. There are now fewer than 15,000 of our tree-dwelling relations living in Sumatra, resulting in their IUCN classification of “Critically Endangered”. That means every single Sumatran orangutan – as a carrier of rare genes and a potential breeding partner – is extremely valuable for the survival of the entire species.

As their name suggests, Sumatran orangutans are found solely on the Indonesian island of Sumatra in the northern part of the island. Indonesia’s tropical forests are listed among the world’s designated biodiversity hotspots, and yet large swathes of Indonesian rainforest are being destroyed at a catastrophic pace. Since the early 1970s, the Frankfurt Zoological Society (FZS) has been working to reintroduce illegally captured orangutans into the wild. This project operates out of the FZS station on the edge of Bukit Tigapuluh National Park, which was declared a protected area in 1995. It is the only national park that is home to all the large mammals of Sumatra: the Sumatran elephant, Sumatran tiger, Malayan tapir, and Sumatran orangutan.

Capturing, injuring, transporting and trading orangutans is illegal in Sumatra. Sadly, however, the law has little practical impact. The ape’s habitat is shrinking rapidly due to rainforest clearance for timber and palm oil plantations. The remaining forest is often fragmented by the new roads, separating orangutan populations. When forests are cleared, their inhabitants, including orangutans, often perish in the process. If the animals flee to bordering plantations, they are either killed by the owners or starve to death. Orphaned babies are often sold as pets for high sums on the black market. While purchasers may think they’re getting an adorable playmate for the kids, this is actually a highly traumatic experience for young orangutans. Deprived of their mother and her protection, these babies often end up kept in cages or in chains in someone’s back garden.

Reintroducing these orangutans into the wild may sound straightforward enough, but in reality it is a long and careful process of helping the animals adapt and learn new skills. Once a captured orangutan is found and confiscated, the traumatised animal is taken in by FZS and its Swiss partner organisation PanEco. Following several months of quarantine in the PanEco station in the north of the island, the orangutans are transferred to the FZS reintroduction station on the edge of Bukit Tigapuluh National Park in central Sumatra. Here, they are looked after by biologists, veterinarians, animal keepers and reintroduction “scouts” who patiently get them ready to fend for themselves in the wild. Since launching the programme in 2002, FZS has released more than 170 orangutans in Bukit Tigapuluh. The long-term goal is to build up a stable population that is capable of surviving long into the future. The programme’s first wild births are a hopeful sign that the population will continue to grow naturally. Conservation of their natural habitat is crucial to ensure the long-term survival of these wonderful animals, and is therefore a vital aspect of FZS’s work. 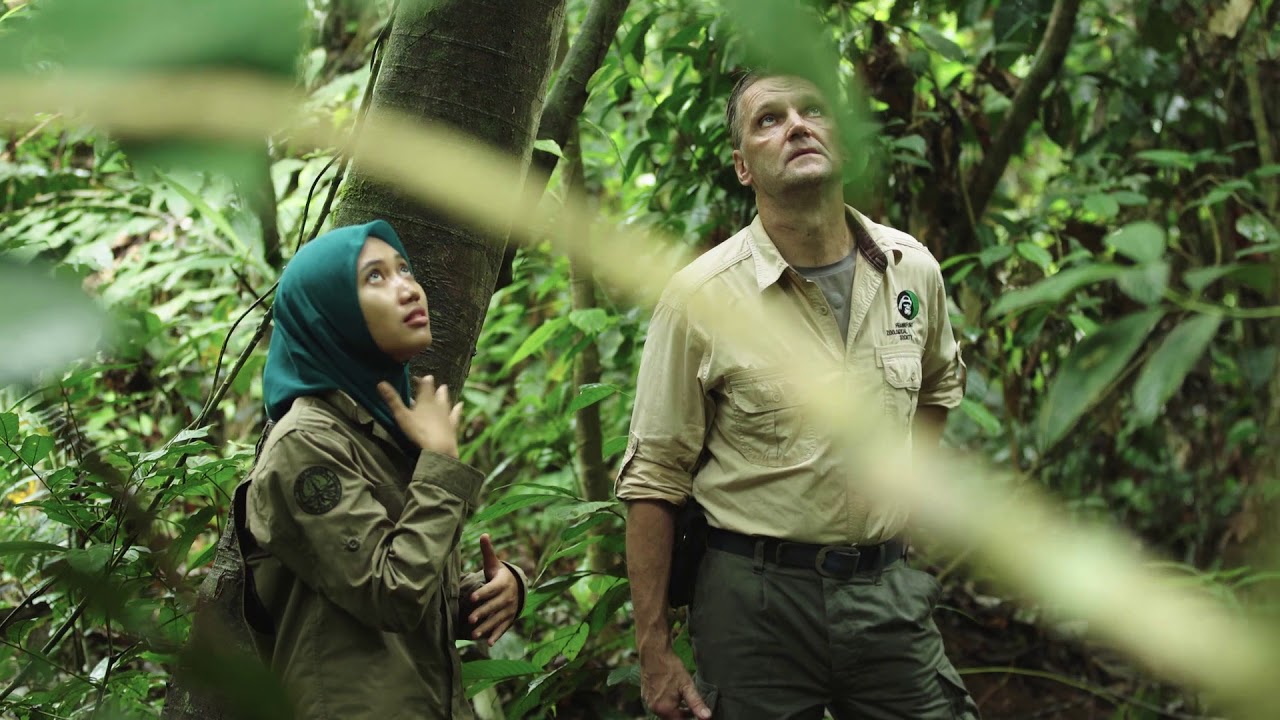 Expansion of the Landscape Conservation Programme

Thanks to FZS, what began as a reintroduction project for confiscated orangutans in the late 1990s has now developed into the wide-reaching and multifaceted Bukit Tigapuluh Landscape Conservation Programme. The central focus of the programme is on protecting this special habitat for wild animals both inside and outside the park’s boundaries. As well as providing its own team of rangers who patrol and monitor the park, FZS also supports the work of local conservation authorities. Working with local communities and administration and planning departments, FZS also tries to make sure that the areas bordering the park to the south are used in an ecologically sustainable way. This helps to reduce pressure on the park itself.

The “Jungle School” gives orangutans a gentle and successful transition from captivity to a life of freedom in the lowland Sumatran rainforest. Once released, the animals are initially monitored every day by orangutan scouts who intervene if required. The financial support provided by the Zoo Stiftung Berlin foundation covers the yearly salary and equipment costs for two of these scouts. The foundation’s funds have also been used to purchase 13 telemetry transmitters, which allow the released orangutans to be located via radio signals.

Young orangutans rely on the care of their mothers until as old as seven. During these crucial years, they watch and learn everything they need to know. If a young orangutan grows up in human captivity without its mother, it has no opportunity to learn the basic skills required for survival in the wild. The Jungle School provides these orangutans with some of the important life lessons they missed out on. The curriculum includes:

Climbing: Orangutans are meant to live high in the rainforest canopy, but their climbing skills are not innate; if they have grown up on the ground, this is a skill they have to learn.

Nest building: In the wild, orangutans build a new nest to sleep in every night. This vital skill is one of lessons learned at the Jungle School.

Finding food: The question of what to eat and where to find it is crucial for survival in the wild. Orangutans love the taste of young leaves and flowers, and use sticks to spear fruit off high branches. Jungle School teachers also pass on tips and tricks for how to remove thorny husks and get to the tasty fruit flesh inside. They even teach the orangutans how to suck up termites.